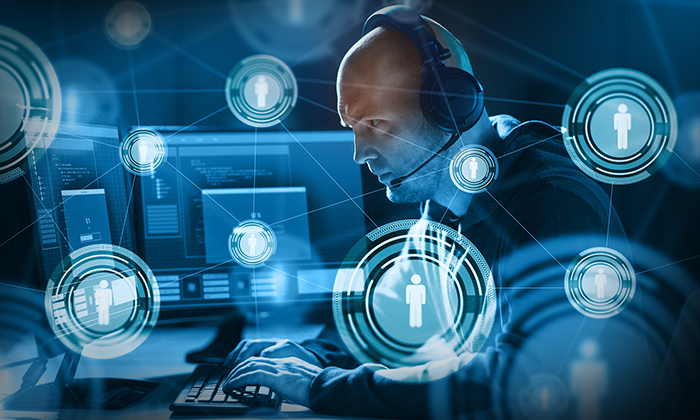 Were you aware that during the 20th Century, POTS (plain old telephone service) became the central form of communications? Well, to help law enforcement agencies (LEAs) do their job safely and effectively, a method called “wiretapping” was developed to lawfully monitor and collect telephone communications of alleged criminals once a warrant was granted from the judicial system. It was called wire tapping as the observing and connection device was an authentic electric tap on the telephone route.

What does a Wiretap system mean?

A Wiretap system, also known as Telephone tapping or wiretapping refers to the method of observing or monitoring cellphone and Internet-based conversations via 3rd party often by covert channels.

How do Wiretap Systems work?

The surveillance is performed using wiretap systems on traditional telecommunications and Internet services in voice, data, and multiservice networks. The LEA delivers a request for a wiretap system to the target’s service provider, who is responsible for intercepting data communication to and from the individual.

The LI system solution from Stratign is a switch-oriented Lawful Interception System which is proficient of seizing targeted communications from Telecom Switches. This nationwide phone interception solution can intercept all communications (mobile and fixed line) which are going through the telecom switches.

The Stratign Monitoring Centre (STN-MC) is a turnkey solution for the monitoring, processing, decoding distribution and presentation of intercepted data of targets from circuit switched networks. (for example, handset and fixed telephony) as well as for packet switched systems (e.g. internet, email) and is used by law enforcement and/or intelligence agencies. The STN MC is compliant with the latest ETSI and/or CALEA specifications for the Lawful Interception System but can also support country specific LI handover protocols.

• Hassle free implementation and easy-to-use.
• Available in multiport options for multiple E1.
• Scalable across technology and product environment.
• 8 TB Buffering Capacities (Can be increased as per the user requirement).
• Logging of incoming calls with specifications such as time, duration, date, CLI, etc.
• Logging of outgoing calls with date, time, duration and number dialed.
• Date and time of every attempt of making an outgoing call (irrespective if the call is connected or not).
• Stereo documenting of caller and called for digital lines via recording.
• Provision for employing real-time monitoring of voice communications.
• Facility of search in reports based on caller-id, duration of the call, time etc.
• Solution for all Circuit Switched and Packet Switch communication Networks.
• Scalable distributed architecture offers Central Monitoring Centers and Remote Monitoring Centers for nationwide deployment.
• Real-time display of target positions via the GIS location tracking system.
• Compliant to Global Standards like ETSI, CALEA and country specific standards.
• Recordings can be searched on date and time, TMSI, IMSI and IMEI.
• Case-based Target Administration.
• Supports a wiretap system in both the input and output direction.
• Supports a wiretap system of individual subscribers that share a single physical interface.

Overall, as long as wiretap systems remain an authorized investigatory tool, law enforcement will press for ways to accomplish electronic surveillance even in the face of communications technologies that make it very difficult. Hence, adopting Stratign’s accurate international standard based network forensics technologies for lawful interception, data retention and network management would be beneficial to meet national requirements.