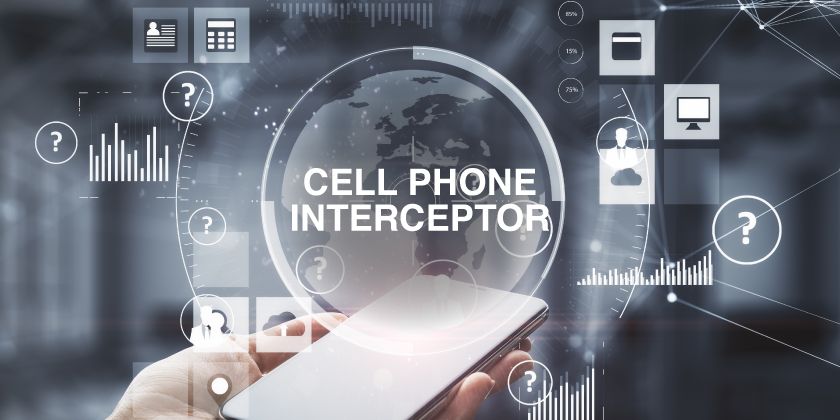 Interception of mobile phone calls used to be a simple radio-scanning exercise back in the era of the initial analog systems. Digital systems such as GSM proved to be a lot more secure, encompassing encryption and difficult to overcome complexity. As a result, mobile phone interceptors require a professional approach which shall consider the right equipment to be used. We at Stratign encompass beneficial Passive, Semi-active, Hybrid and IMSI catcher cell phone interceptor solutions i.e. GSM interception Systems. Before we move to our solutions, let’s have a quick look through on the fundamentals.

Cell Phone Interceptor – What is it?

How does the system work?

For instance, assume that the operator of the Cell Phone Interceptor must capture a specific GSM voice communication and have the phone number under investigation. Regarding the information, simply having the phone number isn’t enough, as this contact is never really transmitted over public airwaves. In a GSM network, a unique identity is generated for the verification process of all the GSM cell phone users. Using a proprietary observe and capture process, this Mobile Phone Interceptor learns the identity to correlate to the specific phone number under investigation.

The system registers that contact and stores it in the memory which is classified as a potential number to be monitored. Then the Cell Phone Interceptor observes that number as well as other targeted numbers saved in memory. The system permits the user to hear the calls while they are occurring, as well as retract voice conversations that were saved. The interception of calls can be examined or documented onto the system’s hard drive and stored for future recovery.

The Cell Phone Interceptor equipment from Stratign is used for GSM interception to gather intelligence on suspected criminals and terrorists. No hard-wired link to the cellular provider is mandatory, as the GSM Interceptor is capable of intercept GSM signals, off-the-air.

These Cell Phone Interceptors can break the GSM A5.1 encryption algorithm used in GSM communications during real time operation enabling Stratign to track and monitor the activities of suspected terrorists and criminals. GSM Interception for the A5.1 protocol deciphers the encryption format used to secure GSM A5.1 communication.

The system is intended for the government agencies and law enforcement groups to covertly collect basic GSM information (IMEI) of the mobile phones operating in the 2G/3G (UMTS)/4G (LTE) networks within the coverage area. The basic unit of the STN INT 5020 IMSI is an LTE and 2G/3G/4G interception module which can communicate with the corresponding types of mobile phones The system scans the environment to search and identify all the networks and capture the signatures of all calls operating in the area.

The Passive GSM Interception System is a multi-channel tunable GSM Monitoring system which can be used to intercept communications from any cellular service provider in the world. The system is intended to ensure interception and deciphering of voice conversation from standard GSM-850/900 and DCS/PCS-1800/1900 Cellular networks in stationary or in mobile environments. The Passive Cell Phone Interceptor System can do various tasks while conducting monitoring. System compresses and stores intercepted voice calls, SMS’s and protocol information on the control PC hard drive. It has user-friendly interfaces, which allows the user to perform various kinds of tasks, to provide the control of the system during its operation. The system can be configured to monitor 8/16/32 duplex GSM communications.

To intercept Voice and SMS from GSM network without taking any help from service provider, Stratign proposes their off the air GSM monitoring system which is designed to intercept Voice and SMS along with call related information from any GSM network operating in 850MHz, 900MHz, 1800MHZ, 1900MHz and 3G/4G(LTE) bands. Also, it is especially useful to prevent criminal actions of the targets, to disorganize criminal group activity and to carry out various tasks in fighting against terrorism. The system will enable you to monitor 4/6/12/16/32 mobile phones simultaneously from any multiple service providers (configurable).

To intercept the Voice and SMS from GSM network without taking any help from service providers, we are proposing a Hybrid GSM monitoring system which is designed to intercept Voice and SMS along with call related information from any mobile network operating in 2G/3G/4G networks. Both the Semi Active and Passive systems are combined to form a hybrid system. Also, it is especially useful to prevent criminal actions of the targets, to disorganize criminal group activity and to carry out various tasks in fighting against terrorism. The system will also consist of a 3G/4G IMSI catcher that will be used to downgrade 3G/4G subscribers to 2G or 2.5G.

Overall, the Mobile phone Interceptor solutions for cell phone Interception offered by Stratign are highly customizable, flexible, fully integrated and transportable systems that can be easily implemented and deployed for mission-critical scenarios.