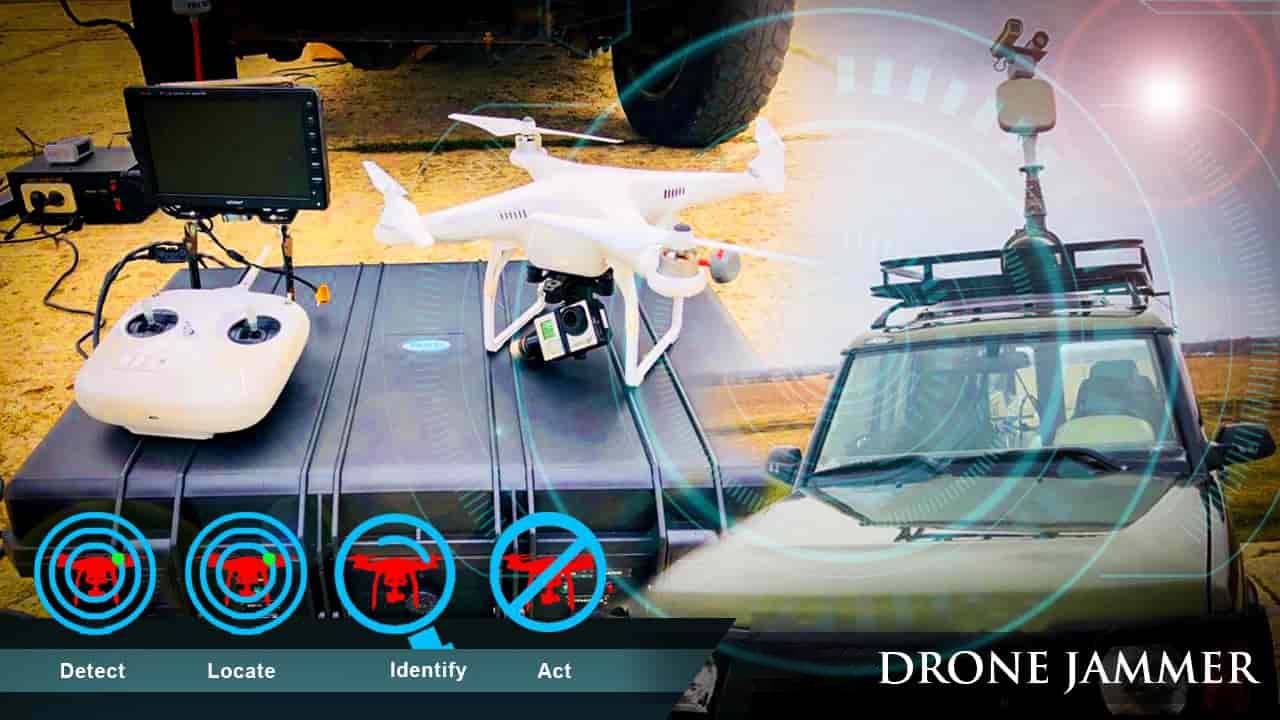 These days, drones have the capability of spying, documenting and broadcasting unauthorized videos. They can also transport explosives, illegal commodities and other products; and even commit terrorist attacks, assassination of VIP and more.

Hence, UAV Quadcopters and Drones are becoming a nuisance and can compromise your privacy as they are becoming cheaper every day and more available. Several incidents within the last years revealed that there is a rapidly emerging threat caused by small commercially available UAVs. Due to easy access and availability of drones and quadcopters, criminals and terrorists have the advantage of reaching places that are tangibly impossible.

Stratign provides you with a complete drone Jamming solution that is customized and cost-effective. Besides its specific use in military field, this well working Drone Jammer can find application in the prevention of criminal acts. It can be also effective for those police forces engaged in monitoring of certain risk areas.

Stratign’s approach towards countering the UAV threat is based on a Four-step workflow:

In short “Detect” is the first warning that informs the operator about a potential incoming threat. Next, the exact position of the drone is “Located” to take further action. Since the threat is unknown, the jammers take the next step to “Identify” and gather the source of the drone. The jammers are able to differentiate between hostile drones from hon-hostile ones. If the threat is identified as hostile it will be classified as an actual threat which will then be intercepted in the “Act” phase. The  Drone Jammer can be deployed in minimum time frame and comes into action immediately.